Valeriana officinalis, “Valerian” in English and “Valériane officinale” in French, belongs to the Valerianaceae botanical family. It is a herb that can reach 1.5 m.

Valeriana officinalis is native to Europe, where it is common except for the extreme south, and northern Asia; it was naturalized in North America. It grows in shady and wet meadows, forests and ditches, and along rivers.

Hippocrates described its properties, Galen later prescribed it as a remedy for insomnia, and both Europeans and Amerindians used it against epilepsy.

Its root is used as a sedative, and the isolated valepotriates are employed in some prepared medicines as psychostimulants.

The main constituents of its essential oil (0.3 to 0.7%) are bornyl acetate and other sesquiterpenes. Dried roots contain valepotriates (valtrate) and bicyclic iridoid monoterpenes. Valerenic and acetoxyvalerenic acid are characteristic constituents of the official drug. 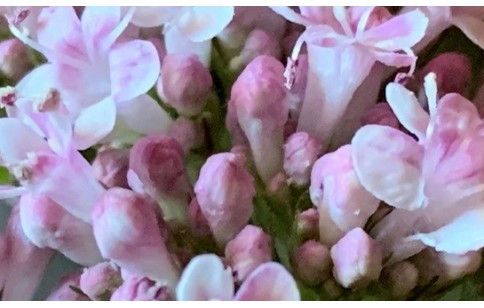