Prunus armeniaca, “Apricot” in English and “Abricotier” in French, belongs to the Rosaceae botanical family.

Native to East Asia, it is a tree growing to 6-10m tall, enjoying a warm climate.

Brought through Iran and Armenia to the Middle East, it became known to ancient Greeks and Romans in the 1st century BC and was introduced to Spain in the 8th century.

The fruit is eaten raw, cooked or dried and used as food additive.

Different parts of the plant are used in traditional medicine for the treatment of a variety of common diseases such as cough, asthma, bronchitis, anemia, and fever.

It has been shown to possess antioxidant, anti-asthmatic, antitussive and anti-pasmodic activity. 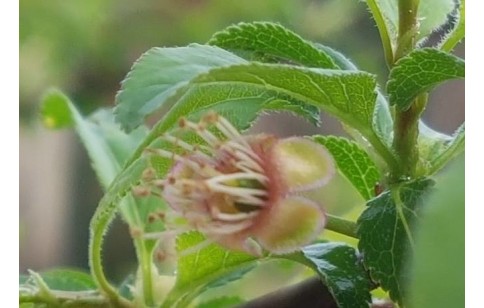