Rhodiola rosea, synonym of Sedum roseum (L.) Scop., called “Roseroot” or “Arctic root” in English, “Rhodiole” or “Orpin rose” in French, belongs to the Crassulaceae botanical family. It is a herb growing to 0.3 m, native to boreal areas of Eastern Europe, European mountains, China and North America. In the Arctic, plants typically occur in crevices or among patches of moss and other vegetation, often near shores.

Rhodiola rosea has a long history of use as a medicinal plant for its dried roots and rhizomes, both in Asia and North America. Today, it is principally considered and used as an adaptogen. 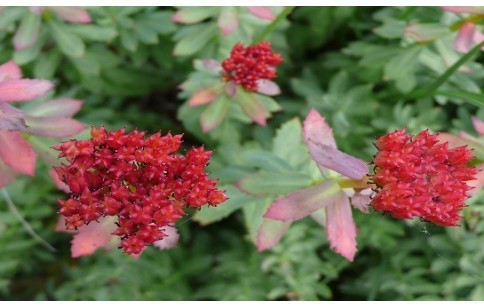 qRE Rhodiola rosea
CRASSULACEAE
qRE Rhodiola rosea Reference extract of authenticated plant, whith main secondary metabolites quantified by HPLC-DAD-CAD on a w/w basis, to be used as reference material for authentication and titration of botanicals or plant based products.
Specification (1)
290.00 $
Détails and order