Foeniculum vulgare, “Fennel” in English and “Fenouil” in French, belongs to the Apiaceae botanical family. It is a herb that can grow up to 2.5 m high.

Native to the Mediterranean region, it grows in dry soil, often along roads and on riverbanks. It is cultivated in Europe, Asia, parts of Africa and South America.

All parts of the plants have culinary uses, but its seeds are widely used as an aromatic for food and drinks, among which the French absinthe.

Fennel fruit or seed is used in medicinal drugs as a secretomotor, secretolytic and antiseptic expectorant, as a spasmolytic and carminative in mild digestive disorders, as a galactagogue for lactating women and in functional visual disorders. 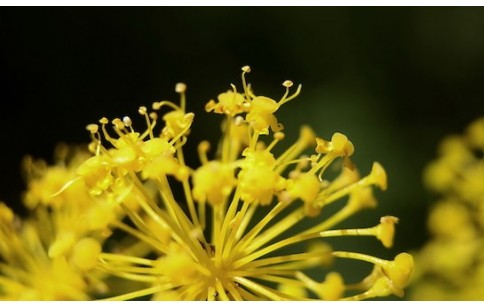