Dipteryx odorata, “Cumaru” or “Brazilian teak” in English and “Bois cumaru” in French, is a tree that grows up to 25-30 m and belongs to the Fabaceae botanical family.

Native to northern and western South America, it is an emergent tree of rainforests, often found beside rivers.

The tree is known for its wood and for its aromatic seeds “Tonka beans” or “Fèves de Tonka”. 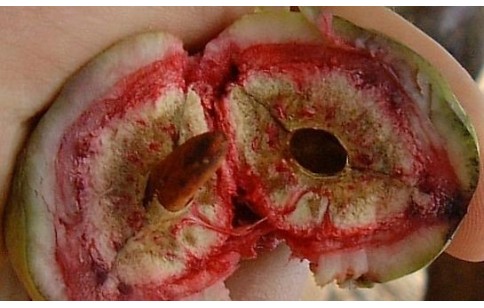